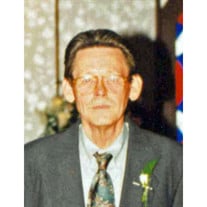 Mr. Aubrey Lutrell Wilkinson, age 72, passed away early Thursday, August 31, 2017, at his home in Bainbridge, Georgia. Services for Mr. Wilkinson will be held at 11:00 a.m., Saturday, September 2, 2017, at the Cadwell Chapel of Cox Funeral Home. The Rev. Stanley Phillips will be officiating. Interment will follow in Roselawn Memory Gardens. John Edward Wells, Jerry Brewer, Larry Funderburke, Bryan Hall, Jason Bowen, and Brett Wilkinson will serve as pallbearers. The family will receive friends one hour before the service, beginning at 10:00. Lutrell Wilkinson was born and raised in Bainbridge. His parents were Aubrey Ray Wilkinson and Hazel Williams Wilkinson. He served in the United States Army during the Viet Nam War. Lutrell worked in the family tire business. He loved to fish. Lutrell enjoyed watching NASCAR. He was crazy about his grandchildren. Lutrell Wilkinson will be sorely missed by the friends he enjoyed so much and the family he loved so deeply. He is survived by his mother, Hazel Wilkinson; son, Shannon Ray Wilkinson and wife, Nickee; grandchildren, Emmee, Evan, and Ellaree Wilkinson; brother, Donnie Eugene Wilkinson; and mother of his son and dear friend, Patti Bowen. He was preceded in death by daughter, Andrea Nikole Wilkinson, his father, Aubrey Ray Wilkinson and sister, Barbara Wilkinson Faircloth.

The family of Aubrey Lutrell Wilkinson created this Life Tributes page to make it easy to share your memories.

Send flowers to the Wilkinson family.