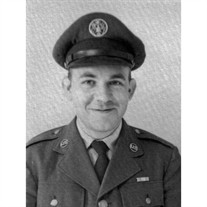 Mr. Charles Homer Chaney, age 77, passed away early Tuesday, January 24, 2017, at his home in Bainbridge, Georgia. Services for Mr. Chaney will be held at 11:00 a.m., Friday, January 27, 2017, at the Cadwell Chapel of Cox Funeral Home. The Rev. Andy Glover will be officiating. Interment, with military honors, will follow in Oak City Cemetery. The family will receive friends one hour before the service, beginning at 10:00 am. Charles Homer Chaney was born November 29, 1939 in Hazlehurst, Georgia. His parents, Homer Chaney and Emma Tompkins Chaney have both preceded him in death. Mr. Chaney proudly served in the United States Air Force. He was a hard worker; the owner of Chaney Electric and Air. Charles was married 38 years to the love of his life, Barbara Ann Brown Chaney. She passed away September 12, 2011. Mr. Chaney was a talented woodworker. He had a great sense of humor. A devoted man of God, Charles cherished his family. He loved being a part of everyone around him. Charles Chaney loved his dogs. His family and friends will greatly miss Charles H. Chaney. Charles Chaney is survived by his children, Marie Johnson Milligan and husband, Mark of Bainbridge, Crystal Godwin and husband, Robbie of Donalsonville, Georgia, and Christopher Robert Chaney of Bainbridge; sisters, Martha Golden and husband, Darrell of Tyrone, Pennsylvania and Shirley Walters and husband, Brad of Hazlehurst, Georgia; 8 grandchildren and 7 great-grandchildren. He was preceded in death by his parents, wife, and daughters, Dana Chaney Roberts and Colleen Chaney.

The family of Charles Homer Chaney created this Life Tributes page to make it easy to share your memories.

Send flowers to the Chaney family.