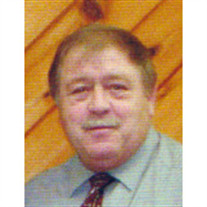 Mr. Daniel James Drummer, age 69, passed away Tuesday, September 20, 2016, at his home in Decatur County, Georgia. A memorial service will be held in his honor Saturday, 2:00 p.m., October 1, 2016, Kingdom Hall of Jehovah\\'s Witnesses, Chattahoochee, Florida. Brother Daniel James Drummer was born September 19, 1947, to James and Mary Alice Smith Drummer, in Lima, Ohio. Dan is remembered as a generous, hard-working man, who tried his best to help others. He was also a loving husband and father who always wanted the best for his family. February 25, 1971, he married Carol Ann Makley of Lima, Ohio. They were blessed with 2 sons and a daughter. Before becoming one of Jehovah's Witnesses, Dan served in the U.S. Navy during the Vietnam War Era. However, on May 4, 1975, he was baptized as a dedicated servant of Jehovah God. Since his baptism, as one of Jehovah's Witnesses, Dan enjoyed many privileges of service, including serving as a Ministerial Servant at one time; working with the RBC in helping to build and remodel Kingdom Halls; working in relief work assisting others during disasters. He also served as a Regular Pioneer in full-time preaching and teaching work, for one year, until his health began to fail him. In addition, he served in a number of congregations, including the East and West Lima, Ohio Congregations, Quincy, FL Congregation, and the Bainbridge, GA Congregation. Dan finished his Christian course as a member of the Chattahoochee Congregation in Chattahoochee, Florida. Daniel Drummer is survived by his wife, Carol Ann Makley Drummer of Bainbridge; sons, Jeffery Drummer and his wife, Leann of Columbia, Alabama and Daniel James Drummer, Jr. of Bainbridge; daughter, Jessica Drummer of Bainbridge; grandchildren, Dylan McClusky, Cameron McClusky, Madison McClusky, Irelynd Skye Drummer, and Carter James Drummer; and a host of other relatives and friends.

The family of Daniel James Drummer created this Life Tributes page to make it easy to share your memories.

Send flowers to the Drummer family.