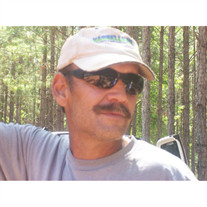 Mr. David William Brown, age 57, passed away Tuesday, January 3, 2017, at his home in Bainbridge, Georgia. A memorial service will be held at 1:00 p.m., Saturday, January 7, 2017 at Covenant Christian Church, 1306 Bethel Road, Bainbridge. Pastor Scotty Herdon will officiate. David William Brown was born April 12, 1959 in Leesburg, Florida. He graduated from Leesburg Senior High. David served proudly in the United States Army, living in Germany during his deployment. He was a hard worker. He worked for the United States Post Office before he moved to Bainbridge and then the Elberta Crate Company after moving. He was smart and kind. David was always willing to lend a helping hand. He was an avid Florida Gator, blue and orange through and through! David Brown will be missed by his many friends and family. David William Brown was survived by his parents, James William Brown and Patricia Spillane Brown of Bainbridge; son, Sgt. David William Brown, Jr. US Army, Colorado Springs, Colorado; siblings, Debra Dodson and husband, Rick of Gainesville, Missouri, James H. Brown of Bainbridge, Tina Shinall and husband, Chad of Bainbridge, and Suzi Ellen Ahearn and husband, Chris of Douglas, Georgia; and several nieces and nephews.

The family of David William Brown created this Life Tributes page to make it easy to share your memories.

Send flowers to the Brown family.