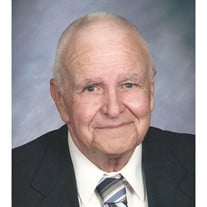 Frank Meyers was born July 24, 1933 in Mobile, Alabama. He was the son of Frank Frederick Meyers and Cora Lee Poston-Meyers. As a youth, he moved with his family to Jacksonville, Florida during times when finding a job was difficult. His father sought and found work at the Jacksonville shipyards, placing Frank into a school at the beach to pursue his studies. As time passed, Frank showed an early interest in electronics and was clearly talented. Ultimatel,y he graduated from a Jacksonville Technical School, having even further developed his skills with electronics and showing great aptitude for a career in that industry. Those who knew him, knew that he really enjoyed and could work with just about anything with an on/off switch. His strength in understanding and working with electronics led him through an exciting career with RCA and NASA working with the latest technology in some really interesting places: including high atop masts on sailing vessels. Frank took it all in stride though and was a true professional at his job. He later pursued other interests including armed security and working for high-end automobile dealerships. Regardless of where he worked, Frank worked hard and committed himself to improving his life and the life of his family. Speaking of those who would become his family: as a young man, he met Peggy in a pretty interesting way. Peggy has a High School friend, Ms. Mary Jo Miller - now Mrs. Mary Jo Harrell - who set Peggy up on a blind date with Frank. Of course, there was a little anxiety on Peggy's part, since she knew nothing about Frank before they went on their first date. Peggy's mom, though, gave her this piece of advice: If you want to know how nice of a man he is, look at his shoes. If they're clean, he's probably a good guy! Well, the time came when Frank arrived to meet Peggy for the first time "¦ He was very sharply dressed and his shoes: they were polished like mirrors! Of course, it helped that Frank was equally handsome and kind! They continued their relationship and ultimately married"¦ actually they were the first couple married in Eastside Baptist Church of Cairo, GA in what is now the Fellowship Hall. If this was all you had ever known about Frank, then you would have known what a hard-working, caring, handsome Southern Gentleman he was. You would have known that he was highly intelligent and well-read. That he studied and loved history, especially the World Wars (he could tell you the smallest details of each battle and every leader involved). That he was an avid outdoorsman (he enjoyed both hunting and fishing). That he loved God and that he loved his wife, Peggy. Indeed that is a full and respectable life. But, you would not have even scratched the surface of the man: Frank Meyers. You see, later in life, he and Peggy had their only child - a daughter : Apryl. Frank's life as a father would begin. They say that the instant a father lays eyes on his daughter, he adores her forever. Frank knows that to be true. The Lord in His infinite wisdom, gave Frank (and Peggy too) exactly what they needed at exactly the right moment. They were a family of three. There were great times. There were tough times. There were times when dreams rose and fell. Yet through all times, they were family. Yet, no matter how time passed, Frank's love for his wife and daughter continued to grow. He found new ways to show it and continued to provide the affection, wisdom and protection that God speaks of when in Ephesians 5 and 6 He commands that husbands love their wives and that fathers not act unreasonably to their children. Eventually, that family became 5, then 9 as Apryl married and brought grandchildren into Frank's life. As a grandfather, Frank found room to pour himself into his four grandsons and one granddaughter. He gave of himself, his money, his time and his talents - all to make sure that his grandchildren knew that they had a grandfather who cared for and loved them"¦ and they do love him. As a matter of fact, before Frank passed away, he even knew his great grandson. The grandchildren are Jason Scott Cobb, Jr. of Jacksonville, Florida, Marshall Braxton Martin Cobb of Ashville, North Carolina, Dakota Wayne Stephens of Lake St. Louis, Missouri, Libbee Sinclaire Stephens of Lake St. Louis, and Rook Cayman Stephens of Lake St. Lewis; and great-grandson, Brady Scott Cobb. There are so many truly interesting things we recall about Frank: he loved classical music (especially Ravel's Bolero), he liked studying the weather, he appreciated law enforcement, he enjoyed guns, he loved animals (particularly Piper and Paco, his last two Boston Terriers), he enjoyed time with his family, he kept up with the latest technology, he loved southern cooking (fried okra was a favorite) and he was a Republican who dearly loved his country - actually he enlisted in the military, but was disqualified for flat feet! I'll bet you, though, that he would have fought anyways if the situation rose. Frank was a fierce protector of those he cared for. Frank and Peggy celebrated their 57th wedding anniversary on December 27, 2014. Still in love as husband and wife through the path God had led them. Almost a week later, on January 2nd, 2015, Frank with his job here finally finished, was welcomed home by his Savior, Jesus Christ. Services for Mr. Meyers will be held Monday at 2:00 p.m., January 5, 2015, at Eastside Baptist Church in Cairo, Georgia. The Rev. Wayne McDonald will be officiating. Although the service will conclude at the church, Frank will be interred in Greenwood Cemetery. The family will greet friends following the service.

Frank Meyers was born July 24, 1933 in Mobile, Alabama. He was the son of Frank Frederick Meyers and Cora Lee Poston-Meyers. As a youth, he moved with his family to Jacksonville, Florida during times when finding a job was difficult. His father... View Obituary & Service Information

The family of Frank Meyers created this Life Tributes page to make it easy to share your memories.

Send flowers to the Meyers family.