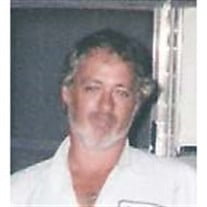 Mr. Jerry J. Trotman, age 55, passed away Sunday, January 24, 2016, at his home in Tallahassee, Florida. A memorial service will be held at 11:00 a.m., Tuesday, January 26, 2016, at Cox Funeral Home Chapel in Bainbridge, Georgia. Pastor Jerry Bishop will officiate. The family will receive friends one hour before the service, beginning at 10:00 a.m. Jerry Jerome Trotman was born August 18, 1960, in Albany, Georgia, to James Lee Trotman and Pauline Hutto Trotman. Jerry was married to Joann Trotman, who survives him. Generous and giving, that is how Jerry was described. He always had a joke ready and was quick to laugh. Jerry loved to go fishing. Jerry Trotman had many, many friends and a large family. He will be sorely missed by all those that he loved so very much. Jerry Trotman is survived by his wife, Joann Trotman of Tallahassee, Florida; his children, Beth Ann Moore of Bradenton, Florida, Rachel Trotman of Orlando, Florida, and Krissy Jones and husband, Jake of Tallahassee; brother and sisters, Elaine Hodges and husband, B.F. of Leesburg, Georgia, Johnny Trotman and wife, Robin of Bainbridge, Georgia, Kathy Ritter and husband, Ronald, Sr. of Bainbridge, and Barbara Jean Vines and husband, Stephen of Attapulgus, Georgia; grandchildren, Phillip, Paul, and Brooklyn Moore and Makayla Jones; and his mother-in-law, Lucille Moneypenny of Tallahassee. He was preceded in death by his parents, James Lee and Pauline Hutto Trotman; brothers and sister, Earl, Gerald, Linda and Leonard Trotman; nephew, Tommy Trotman; and father-in-law, Earl Moneypenny. Memorial donations may be made in his honor to the American Cancer Society, 507 West Third Avenue, Suite 4, Albany, Georgia 31701.

The family of Jerry Jerome Trotman created this Life Tributes page to make it easy to share your memories.

Send flowers to the Trotman family.