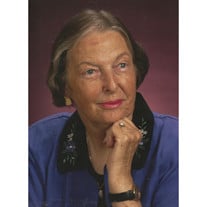 Mussette Gordy was born in 1926 to Hortense Martin Gordy and George Owen Gordy. She moved with her family to Frostproof, Florida, where she graduated high school in 1943. Shortly after graduating, she moved to Jacksonville, Florida and began her career in banking with the Federal Reserve Bank. When in Jacksonville, she met the love of her life, Fred A. Lowe, as Mussette affectionately called him, Lowe. They were married August 10, 1946. They were inseparable from that day forward. They moved to Orlando, where she went to work for First National Bank of Orlando, now SunTrust. Many know of her storied past as she brought many successes to the bank, including her personal victory in helping bring the Disney account to the bank. Eventually, they returned to live in Cairo, where Mussette could be close to her mother and provide a daughter's care. Mussette and Lowe worked renovating and renting homes throughout Cairo and North Florida - a hobby they enjoyed and were very successful at. When Lowe passed away in 2005, they had been married 59 years and been a shining example for others of what it meant to be husband and wife. Mussette carried on with taking care of the various properties for quite some time. She lived as directed by Jesus in Luke 6:35 and 36, where He said,...do good to them, and lend to them without expecting to get anything back. Then your reward will be great...Be merciful just as your Father is merciful. Mussette lived a life centered on what a person could accomplish with work, faith and love. July 31, 2011 found many of us asking ourselves, What will I do without Mussette here?' Today, we remember that she IS still here - her race won. She is survived by her son, Jackie Paul Lowe and wife, Yvonne , of Gainesville, Florida; grandson, Kellan Lowe and wife, Jessica, of Harrisburg, Pennsylvania; sister, Peggy Davis Meyers and husband, Frank, of Jacksonville, Florida; niece, Apryl Stephens and husband, Jason, of Wentzville, Missouri; and numerous nieces and nephews. Funeral services will be held at Eastside Baptist Church on Wednesday, August 3, 2011, at 11:00 a.m. There will be a private family burial at Greenwood Cemetery following the service. The family will receive friends one hour before the service,beginning at 10:00 a.m. In lieu of flowers or anyone who wishes to honor Mussette's life may make a contribution to Eastside Baptist Church Building Fund, P. O. Box 749, Cairo, Georgia 39828.

Mussette Gordy was born in 1926 to Hortense Martin Gordy and George Owen Gordy. She moved with her family to Frostproof, Florida, where she graduated high school in 1943. Shortly after graduating, she moved to Jacksonville, Florida and began... View Obituary & Service Information

The family of Mussette Gordy Lowe created this Life Tributes page to make it easy to share your memories.

Mussette Gordy was born in 1926 to Hortense Martin Gordy and...

Send flowers to the Lowe family.