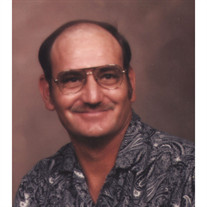 Mr. Raymond Ervin Trawick, age 64, passed away Thursday, May 30, 2013, at University Hospital in Augusta, Georgia. A memorial service will be held, 2:00 p.m., Sunday, at Cox Funeral Home Chapel. The Rev. David Grubbs will officiate. Raymond Ervin Trawick was born February 23, 1949, in Arlington, Georgia, to Roger E. Trawick and Hattie Mae Hughes Trawick. He was a truck driver. Driving a truck was a profession Raymond truly loved. Raymond considered his hometown to be Bainbridge, Georgia but he had been living in the Augusta area for about 8 years. Mr. Trawick was a member of Trinity Baptist Church in Bainbridge. His sons described him as a wonderful father with a good heart. Raymond Trawick will be sorely missed by the family he loved so deeply. Raymond Ervin Trawick is survived by his sons, James Edward Trawick and wife, Amanda of Sardis, Georgia and Richard Trawick of Bainbridge; sister, Eileen Ulmer of Bainbridge; brothers, Ralph Trawick and wife, Teresa of Bainbridge, Buddy Brackin and wife, Lisha of Leary, Georgia; 10 grandchildren and 3 great-grandchildren. He was preceded in death by his son, Raymond E. Trawick, Jr. sister, Evelyn Trawick, and parents.

The family of Raymond E. Trawick created this Life Tributes page to make it easy to share your memories.

Send flowers to the Trawick family.