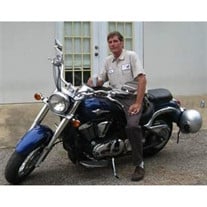 Mr. Timothy Scott Kelly, age 57, passed away Tuesday, January 10, 2017, at Memorial Hospital in Bainbridge, Georgia. A celebration of life will be held at 6:00 p.m., Saturday, January 14, 2017, at The Church of Jesus Christ of Latter-Day Saints. Timothy Scott Kelly was born November 11, 1959, in Miami, Florida, to Melvin Deverle Kelly and Roberta Hale Kelly. He attended Palmetto Sr. High School. Timothy served proudly in the United States Coast Guard. If you knew Tim, he was always cracking jokes and loved to make people laugh. He has a wide collection of music, which was one of his passions. His favorite football team was the Miami Hurricanes. Tim had a great respect for those who serve. He would often tell those in active duty, police officers, and ambulance workers thank you for serving. He was a true gentlemen and showed his love through his actions. Tim was always opening the door for others and held highly putting women first. He loved his wife Caroline with every fiber of his heart. Everything he did revolved around her happiness. He would give you the shirt off his back because he was a giver and he gave BIG. Tim worked in the Maintenance Department for Bainbridge State College for eight years. He made many friends throughout his journey there. He will be missed by so many. Mr. Kelly survived by his wife, Caroline Lott Kelly of Bainbridge, Georgia; his father, Gene Vaughn of Leesburg, Florida; children, Alan Hall, Erin Kirksey and husband, Charlie, and Kendall Hall, all of Bainbridge; sister, Becky Vaughn of South Carolina; brothers, Michael Kelly of Ft. Myers, Florida and Mark Vaughn of New Port, Tennessee; grandchildren, Abigail Hyler and Alyssa Kirksey of Bainbridge; nephews, David Kelly of Orlando, Florida, and Danny Kelly of Miami; and his faithful companion, Sunni. He was preceded in death by his mother, Roberta Hale Vaughn, sister, Sherry Kelly, and baby, Caroline.

Mr. Timothy Scott Kelly, age 57, passed away Tuesday, January 10, 2017, at Memorial Hospital in Bainbridge, Georgia. A celebration of life will be held at 6:00 p.m., Saturday, January 14, 2017, at The Church of Jesus Christ of Latter-Day Saints.... View Obituary & Service Information

The family of Timothy Scott Kelly created this Life Tributes page to make it easy to share your memories.

Send flowers to the Kelly family.