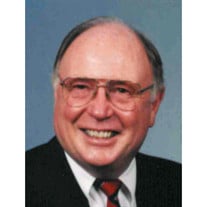 Mr. William (Bill) Shannon Rubush, age 86, passed away peacefully under Hospice care, Sunday, February 25, 2018, at his home at Lake Seminole, Donalsonville, Georgia. William Shannon Rubush was born December 10, 1931, in Alliance, Ohio, to William Miller Rubush and Virginia Brown Rubush. His parents, siblings Robert, Virginia, and Bill's first wife, Jean Hevener, preceded him in death. From an early age, family preferred to call him Shannon or Shan. William was raised in Monterey, Virginia. He attended and graduated from Augusta Military Academy in Ft. Defiance, Virginia. After high school he attended college at V.P.I. for two years. Bill proudly served in the U.S. Army, where he trained in tank driving during the Korean Conflict. He also was accepted into and attended Officer Candidate School. After his active service, he served 12 years in the Army Reserves. His career was that as an air-conditioning technician/engineer. He worked for Westinghouse and Westinghouse International for over thirty years. For a time, he worked in New York City in the Pan Am building, plus his work took him to Berlin, (Germany), Paris, (France), Brussels, (Belgium) Brazil, and to many of the islands. He also worked for York Company and McQuay. In later years, Bill married Charlene Boyles Rubush, his loving wife of 22 years. He and Charlene moved to Lake Seminole from Seminole, Florida about 10 years ago. While in Seminole, Bill was a faithful member of the Good Shepherd Lutheran Church, where he sang in the choir, served on the Gardener's Group, taking care of church maintenance, plus he made mission trips to Guyana. Presently, they are members of Reynolds Chapel United Methodist Church, where Bill ministered on numerous committees and sang in the choir. Bill was a member of the Lake Seminole Fellowship Club and for a time, a member of the River Writers in Bainbridge. In earlier years, Bill's passion was driving race cars. Later, he developed a keen interest in Civil War history and genealogy, as he had a grandfather and great-grandfather who had both fought for the Confederacy during that war. He also enjoyed playing canasta with friends. William Rubush is survived by his wife, Charlene Rubush of Lake Seminole, Georgia; children, Susan Jackson and husband, Mike of Orange Beach, Alabama, Shannon Rubush of Winston-Salem, North Carolina, Michelle Stacey-Sjodin and husband, Robert of Beaumont, Texas, and Tony Stacey of St. Petersburg, Florida. He has 4 grandchildren, Brooke Jackson of Atlanta, Georgia, Chase Jackson of Jacksonville, Florida, Nicholas Stacey and Jackson Stacey of Beaumont. He is also survived by a favorite nephew, Brown Cabell, of Parker, Colorado, and a favorite niece, Sarah Rubush, of Roanoke, Virginia. His faithful yellow labrador Buddy, survives him as well. William Rubush was a loyal, loving and generous man with a keen sense of humor and a deep faith. He will be deeply missed by his family and his many beloved friends. Donations may be made to Archbold Hospice of Southwest, Georgia, 114 A Mimosa Drive, Thomasville, Georgia 31792, Reynolds Chapel United Methodist Church, 2676 Burke Road, Donalsonville, Georgia 39845, or the Bainbridge County Humane Society, 1250 Cox Avenue, Bainbridge, Georgia 399819. Services will be announced at a later date. On-line condolences may be sent at www.Coxfuneral.net. Cox Funeral Home is in charge of arrangements.

The family of William (Bill) Shannon Rubush created this Life Tributes page to make it easy to share your memories.

Send flowers to the Rubush family.