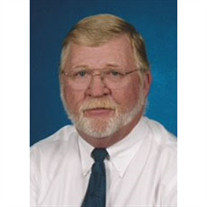 Mr. William (Bill) Carl Watson, age 68, formerly of Cairo and Whigham, passed away late Friday, February 23, 2018, in Lake City, Florida. His memorial service will be held at 3:00 p.m., Saturday, March 3, 2018, in the Cadwell Chapel of Cox Funeral Home. Beginning at 2:30 p.m., the family will hold a brief visitation, giving friends the opportunity to pay their respects. William Carl Watson was born November 8th, 1949, in Cairo, Georgia. His parents, Joseph W. Watson and Annie Pearl Smith Watson, have both preceded him in death. Bill was drafted into the U.S. Army during the Viet Nam War. His passion was playing golf, though he enjoyed other sports, too. As a football fan, he cheered for Florida State, and as an overall sports fan, he also played baseball in his youth. Bill truly loved music, and could bring the strings on a banjo, or guitar, to life. He worked in sales for the majority of his career, and spent his retirement living in Florida. Bill Watson is survived by his children, Sean Watson and wife, Sara of Whigham, Georgia and Dr. Michelle Vaughn and husband, Stevie Ray of Peachtree City, Georgia; grandchildren, William Tyler Watson, wife, Chelsea, and great-grandchild, William Parker Watson, Kathryn Reese Patterson, Derek Vaughn, and Jonathan Vaughn and wife, Kaia; the mother of his children, Lynda Everson Watson of Cairo, Georgia; and brother, Larry Watson and wife, Ellen of Ochlocknee, Georgia. In lieu of flowers, the family request donations be made to aid the Honor House Veterans Center. Send donations to Honor Sentinel, Inc., in care of Family Bank, P. O. Box 1607, Bainbridge, Georgia, 39818.

The family of William (Bill) Carl Watson created this Life Tributes page to make it easy to share your memories.

Send flowers to the Watson family.