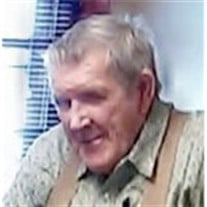 Mr. William Leonard Norris, age 76, of Havana, Florida, passed away Thursday, May 19,2016. Services for Mr. Norris will be held at 11:00 a.m., Thursday, May 26, 2016, at the Cadwell Chapel of Cox Funeral Home. The Rev. Gregory Doss will officiate. The interment will be at 12:30, at Hillcrest Cemetery, in Quincy, Florida. The family will receive friends one hour before the service, beginning at 10:00 a.m. William Leonard Norris was born March 18, 1940, in Bainbridge, Georgia, to George W. and Fannie M. Avery Norris. He spent his life in the South Georgia/North Florida area. Mr. Norris was a Natural Gas Inspector for the City of Quincy. He was proud of his heritage as a member of the Lower Muskogee Creek Tribe. He was a member of the Salem United Methodist Church in Havana, Florida. Mr. Norris served honorably in the United States Marine Corp. William Norris will be sorely missed by the family he so dearly loved. Mr. Norris is survived by his sons, William Thad Norris and wife, Sandra, and Grady Olin Norris, and wife, Cindy and he has six grandchildren. He was preceded in death by his wives, Janice Marie Sauls Norris and Mary Deloris Walters Norris, and son, Michael Anthony Norris.

The family of William Leonard Norris created this Life Tributes page to make it easy to share your memories.

Send flowers to the Norris family.